@lways look for the light – FGC

Posted by rikkesm on 4. November 2014
Posted in: Ikke kategoriseret.

The FGC is now open, and there is a lot of reasons to go there, and I mean a LOT. Cant help to point at the dress first. Isnt it just yummy? Its from *May’s Soul*, its called Arcana, here shown in the common silver version – yep its a common, crazy right`? Its stunning, the collar, the corset, the waterfall skirt, totally love it and that goes for the sweet pauldrons and bracelets used in this post. Both are from the same maker, so please make sure to stop at the stall of *May’s Soul* because you SO want to see this. The Crown used is from The Annex. Snow Queen its called and is one of the rare items from this brand, I like the flowers and how its elegant with out being too much. I placed the crown on top of the new lovely hair from little.bones. Ranger its called, and of cause it comes in a lot of colors. Its nice with a hair that goes all to the back, letting the front shine with out being covered, ty for giving us a hair like that. The last think I want to point to are the cute birds. Cocktailbirds they are called, one flying at your side, another standing on your shoulder. Really cute and funny pets, so take a look at the when you reach the stall of {anc}. Good luck on the gachas ❤ 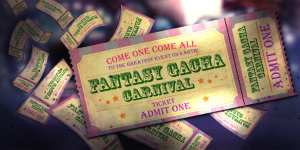 Fantasy and roleplay fashion and storytelling by multiMuse.

Dolls and Demons
Gold Collars
Wtf Is She Wearing?

Smile, You are beautiful

...a sneak peak into my SL sparkling fantasy...

A look into my mind, sometimes good.sometimes bad

The Creative Concepts of Second Life

Bringing you the Wonderful World of Second Life Fashion, Home, Living and Music

Styles And Fashion Around Secondlife

Be Happy in sl's Blog

Loooking in SL every day for the best things to show!